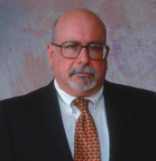 Professor Finkin’s teaching centers on labor and employment law, in both domestic and comparative context. He is the author or editor, singly or in collaboration, of nine books including For the Common Good: Principles of American Academic Freedom (Yale U. Press 2009) (with Robert Post), the award-winning The Case for Tenure (Cornell U. Press 1996), and the last several editions of Labor Law (with Archibald Cox, Derek Bok, and Robert Gorman), long the leading casebook in American legal education. He is also the author of a substantial body of periodical writing on labor and employment law, comparative law, and legal issues in higher education. His awards include the Alexander von Humboldt Foundation’s Research Prize for “internationally acknowledged achievements in labor law” (1995) and designation by the University of Illinois as a Center of Advanced Study Professor (2009).

Professor Finkin has taught in the law schools of Southern Methodist University, Duke University, and the University of Michigan, has been a Fulbright Professor at Münster University and a German Marshall Fund Lecturer at Konstanz University. Since 1999, he has been a member of the Governing Board of the Institute for Labor Law and Employment Relations in the European Community at Trier, Germany. For over four decades he has been active in the American Association of University Professors including service as General Counsel, Chair of Committee A on Academic Freedom and Tenure, and on numerous committees.

In addition to his academic work, Professor Finkin is active as a labor arbitrator. He was elected to the National Academy of Arbitrators and serves on several standing arbitral panels in the public and private sectors. He is a Fellow of the College of Labor and Employment Lawyers